I had an exciting start to my day!  I found my old music on my hard drive!  Needless to say, I have been dancing the morning away!  There very few stress relievers as effective as a good shake to music you love.  Not only does music help me shake off the stress but it can also uplift, and motivate me. I was also fortunate to become a woman when the music scene was exploding with loads of strong women.  They encouraged us to believe in ourselves as women through their music.  I also found their strength and independence intoxicating.  The music videos were full of sass and I wanted to be like them.   This post is a nod to these fabulous, strong, pioneering women! 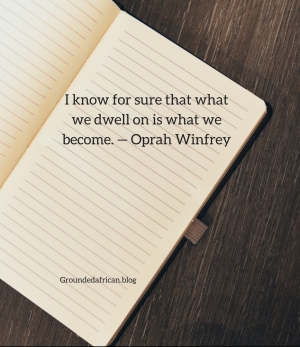 As a teen, I listened to the likes of Aretha Franklin, Diana Ross and the Supremes, Dionne Warwick, Anita Baker and Regina Bell, Gloria Gaynor, Whitney Houston and Madonna.  Behind the music were these powerful personalities that radiated off the screen in their music videos and blasted through the speakers.  Their voices were awesome.  They sang with such passion.  I figured out early on that I was never going to make it as a singer but I could still be strong and independent like them.  On the sidelines was my dad constantly telling me that I could do anything a man could do and I could even do it better.  (oh the poor men who have encountered me since…very few egos have come away unscathed😜.  Sorry guys.  Now you have someone to blame) My mother has always been fiercely independent by nature and got on with doing what needed to be done quietly in the background.  Thanks to her example, the idea of been dependent on anyone has never really entered my mind. At the same time I spent a lot of time around my dad’s sisters who were all very strong and independent women.  Thanks to my family, it was almost inevitable that I would be a strong and fiercely independent women.  Then came the 90’s…

OMG, the hip and R&B scene exploded with amazing, bold female artists.  Their music and their persona’s reinforced everything that I believed I could be as a woman. Queen Latifah, Mary J Blige, TLC, En Vogue, Missy Elliot, Salt-N-Peppa, MC Lyte, Janet Jackson to name just a few. I was just stepping into the big world.  These funky divas were my inspiration.  At the same time, Nelson Mandela had been released from prison and suddenly we had opportunities available to us that were had only dreamed of. To be exposed to all these dynamic women of colour making their way in the world at that point in my life was a heady experience.  At the same time my friends were all strong personalities as well and I drew strength and inspiration from them as well.  My friend Lyall’s mum, Aunty Merle, played a huge role in our lives sharing her words of wisdom with us when ever we needed them.  We were blessed to have each other as well as strong role models like aunty Merle guiding us.   Of course later came exposure to the likes of Oprah and Maya Angelou, Winnie Mandela and Albertina Sisulu.  They were such powerful matriarchal figures. I only started paying attention to  them a little later in my life though. Beyonce has also become another source of inspiration.  Her work ethic and spunk are inspiring.

I genuinely believe that there has never been a greater time to be a woman.  I know there is still much to overcome.  I believe we will overcome and we will continue to rise. We run the world after all! 😉  Salute to you all! 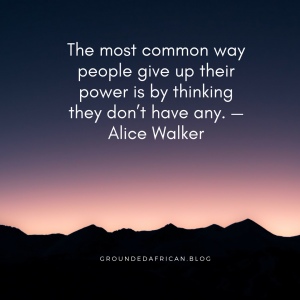 Proudly South African mum to a bright and gorgeous young human. Employee. Aspiring Employer. Blogger. Fascinated with and passionate about people and politics View all posts by groundedafrican